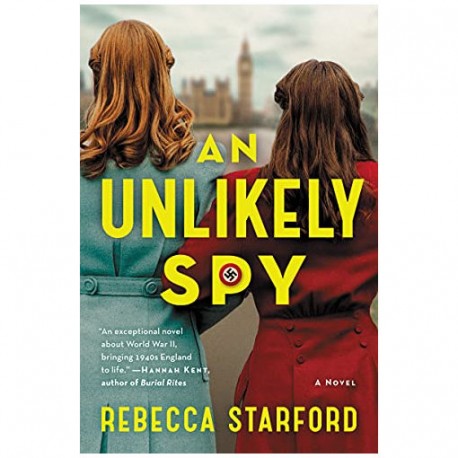 2 only in stock units in stock

By buying this product you can collect up to 12 loyalty points. Your cart will total 12 points that can be converted into a voucher of $0.36.

Evelyn Varley has always been ambitious and clever. As a girl, she earned a scholarship to a prestigious academy well above her parents’ means, gaining her a best friend from one of England’s wealthiest families. In 1939, with an Oxford degree in hand and war looming, Evelyn finds herself recruited into an elite MI5 counterintelligence unit.

A ruthless secret society seeks an alliance with Germany and, posing as a Nazi sympathizer, Evelyn must build a case to expose their treachery. But as she is drawn deeper into layers of duplicity—perhaps of her own making—some of those closest to her become embroiled in her investigation. With Evelyn’s loyalties placed under extraordinary pressure, she’ll face an impossible choice: save her country or the people who love her. Her decision echoes for years after the war, impacting everyone who thought they knew the real Evelyn Varley.

Beguiling and dark, An Unlikely Spy is a fascinating story of deception and sacrifice, based on the history of real people within the British intelligence community.

No shipping for this product.