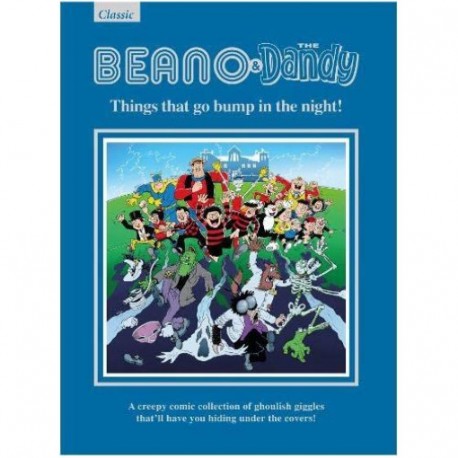 Beano and The Dandy Gift Book 2023

By buying this product you can collect up to 24 loyalty points. Your cart will total 24 points that can be converted into a voucher of $0.96.

Hitting the newstands in December 1937, The Dandy soon had comic book company in the  form of Beano is July 1938. The two titles and their colourful characters became beloved by children and adults alike across Britain, and it quickly became evident they had a flair for creating smiles all round.

This carefully curated collection of classic comic strips will have readers young and old laughing through decades of some of the very best stories from the comedy cast on display.

Join fan favourites including Dennis and Gnasher, Minnie the Minx, Desperate Dan, Beryl the Peril, The Bash Street Kids - and many more - as they make an exhibition of themselves in the trademark anarchic style.