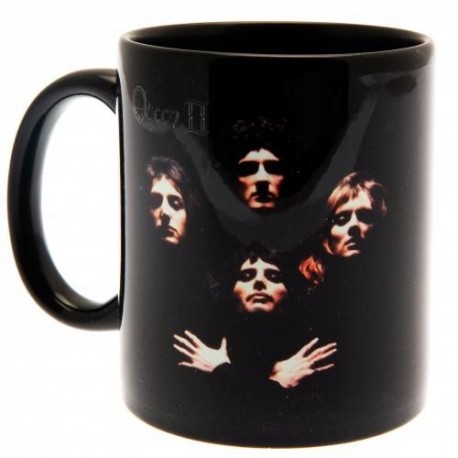 By buying this product you can collect up to 18 loyalty points. Your cart will total 18 points that can be converted into a voucher of $0.90.

Official Queen ceramic mug. Queen is a British rock band whose fusion of heavy metal, glam rock, and camp theatrics made it one of the most popular groups of the 1970s. Queen crafted an elaborate blend of layered guitar work by virtuoso Brian May and overdubbed vocal harmonies enlivened by the flamboyant performance of front man and principal songwriter Freddie Mercury. The members were Freddie Mercury (original name Farrokh Bulsara from Stone Town, Zanzibar), Brian May, John Deacon and Roger Taylor.

Most notable of their chart-topping hits include: Bohemian Rhapsody, We Will Rock You, We Are The Champions, I Want to Break Free, Crazy Little Thing Called Love and Another One Bites The Dust.