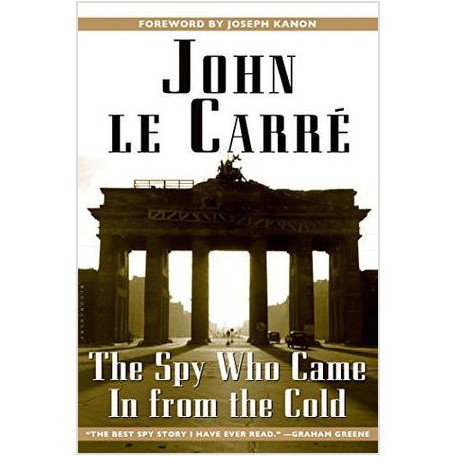 The Spy Who Came In From The Cold [HC]

By buying this product you can collect up to 10 loyalty points. Your cart will total 10 points that can be converted into a voucher of $0.50.

In this classic, John le Carré's third novel and the first to earn him international acclaim, he created a world unlike any previously experienced in suspense fiction. With unsurpassed knowledge culled from his years in British Intelligence, le Carré brings to light the shadowy dealings of international espionage in the tale of a British agent who longs to end his career but undertakes one final, bone-chilling assignment.

When the last agent under his command is killed and Alec Leamas is called back to London, he hopes to come in from the cold for good. His spymaster, Control, however, has other plans. Determined to bring down the head of East German Intelligence and topple his organization, Control once more sends Leamas into the fray -- this time to play the part of the dishonored spy and lure the enemy to his ultimate defeat