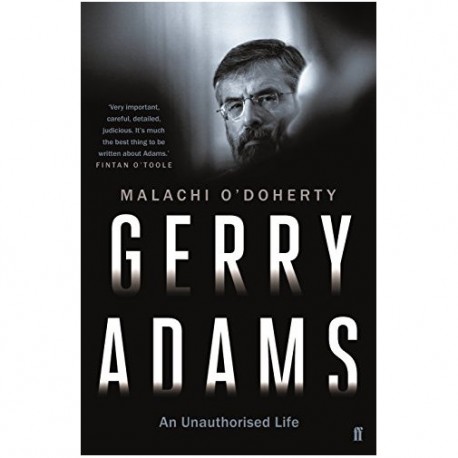 'Loathed, loved, terrorist to some, brilliant political strategist to others - what do we make of Gerry Adams? Malachi O'Doherty, one of Northern Ireland's most fearless journalists and writers, has gone further than anyone else to disentangle it all in this impressively measured and stylishly written biography - an illuminating read.’ - Professor Marianne Elliott

How did Gerry Adams grow from a revolutionary street activist – in perpetual danger of arrest and assassination – into the leader of Sinn Féin, with intimate access to the British and Irish Prime Ministers and the US President? And how has he outlasted them all?

Drawing on newly available intelligence and scores of exclusive interviews, Malachi O’Doherty’s meticulously researched biography sheds light on the history of this extraordinary shape-shifter. O’Doherty grew up on a 1950s Belfast housing estate, behind IRA barricades in his teens, and witnessed the start of the Troubles first hand; he is uniquely placed to expose the real man behind the myths in this compelling study.

O’Doherty’s experience as a journalist – at the BBC, on Belfast’s newspapers, as correspondent for the Scotsman during the peace process, and as a commentator on Northern Irish affairs for the New Statesman – informs this authoritative account of one of the world’s most controversial politicians.