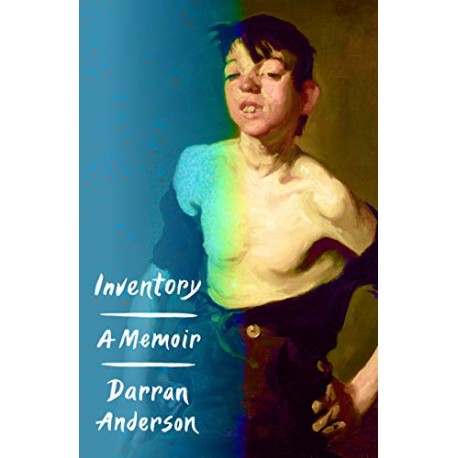 By buying this product you can collect up to 19 loyalty points. Your cart will total 19 points that can be converted into a voucher of $0.76.

A lyrical memoir and family history told through four generations of fathers and sons in Northern Ireland.

Inventory, Darran Anderson’s searing yet tender memoir, is an interwoven tale of political conflict, trauma, history, family, and resistance. With great rhythm, humor, and sometimes painful detail, Anderson tells the story of his city and family through the objects and memories that define them.

Growing up in Derry, Northern Ireland, amid the unspeakable violence of the Troubles, Anderson was accustomed to poverty and fracture. Avoiding British soldiers, IRA operatives, unexploded bombs, and stray bullets, he and his friends explored their hometown with boundless imagination and innocence despite their dire circumstances. But his parents and extended family, Catholics living in Protestant-controlled Northern Ireland, could not evade the persecution. His father joined the IRA, spent time in prison, and yearned to escape the hellish reality of the Troubles.

Throughout his inventive, evocative memoir, Anderson chronicles the history of Derry’s evolution from an island backwater to a crucial Allied naval base during World War II, and the diverging paths of his two grandfathers in the wake of the American military’s arrival: one, an alcoholic army deserter, drowns in the legendary River Foyle - the river that will take the life of the grandfather’s wife years later - while the other, a smuggler, lives off the river, retrieving the bodies of the drowned.

Fifteen years after leaving Derry, Anderson returns to confront the past and its legacy when yet another family member goes missing in the Foyle. In Inventory, his gripping attempt to see who, or what, he can salvage from history’s shadows, Anderson creates “a presence in the shape of an absence,” unearthing the buried fates of family, country, and self.