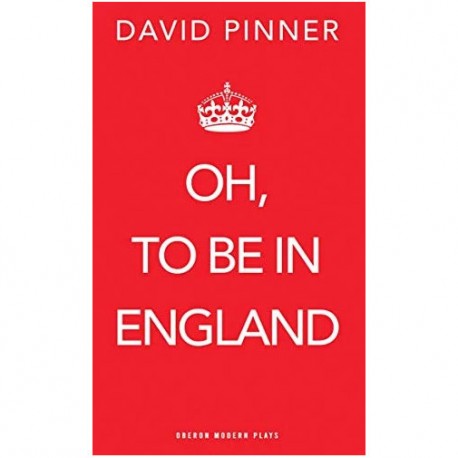 By buying this product you can collect up to 4 loyalty points. Your cart will total 4 points that can be converted into a voucher of $0.16.

Like Pinner's contemporaneous 1973 Stalin play The Teddy Bears' Picnic, Oh, To Be In England was unproduceable at the time of its writing because of its unapologetic skewering of political extremism in the UK. Unlike The Teddy Bears' Picnic, which finally ran in 1990 to press acclaim, Oh, To Be In England has remained lost. After thirty-five years, it is now receiving its world premiere.

Frighteningly prescient, and tragically current, Oh, To Be In England is a dark comedic examination what it means to live in an ex-empire in economic free-fall, and the political and personal extremism that results when all other belief is lost. A middle-aged Englishman, bred to believe in his innate superiority as a birthright of class, race, and gender, loses his job in the City. Left floundering impotently in a world that is no longer cricket, his family, security, and sanity follow close behind.