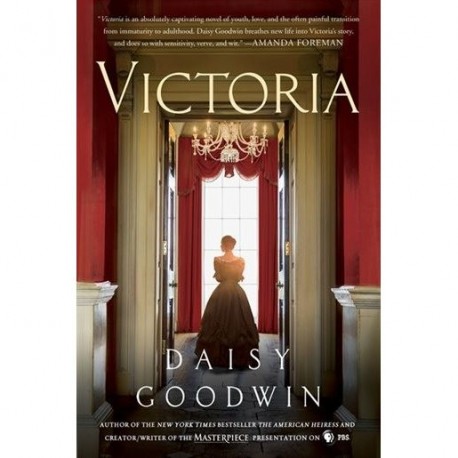 By buying this product you can collect up to 14 loyalty points. Your cart will total 14 points that can be converted into a voucher of $0.70.

For a monarch, there's perhaps no greater historical compliment than to have a time period named after you. Daisy Goodwin, author of The American Heiress, spotlights Victoria's earliest moments on the throne, from the days before her coronation, to her first clash with Parliament and the venerable Lord Wellington, and finally the moment when she proposes to her cousin, Prince Albert. As the 18-year-old queen assumes her regal duties, Victoria discovers the limitations of her governmental powers even as she spreads her wings as a woman who has escaped out from under her mother's thumb and can finally rule herself.

There are dramatic missteps along the way, and more than once the reader may find Victoria unsympathetic. However, Goodwin does a deft job in her novelization of Victoria's first two years as monarch, exploring the emotional challenges for a young, sheltered woman who now sits on the throne of a powerful country. Some personages are little more than cardboard, but those who matter in this narrative—Lord Melbourne, Prince Albert, and Victoria herself—are penned with more detail, revealing an appealing and vulnerable side to a queen later viewed as nigh unassailable.