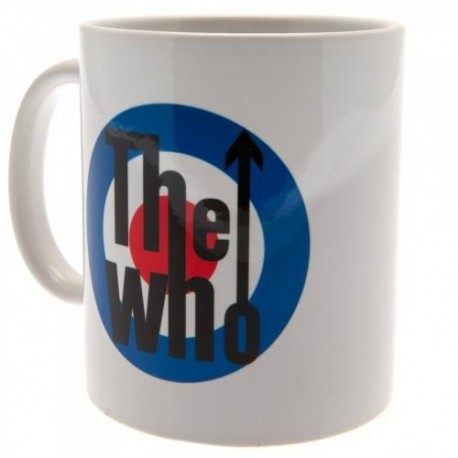 By buying this product you can collect up to 18 loyalty points. Your cart will total 18 points that can be converted into a voucher of $0.72.

Official The Who ceramic mug. formed in 1964, The Who consisted of lead singer Roger Daltrey, guitarist and singer Pete Townshend, bass guitarist and singer John Entwistle, and drummer Keith Moon. They are considered one of the most influential rock bands of the 20th century and have sold over 100 million records worldwide.