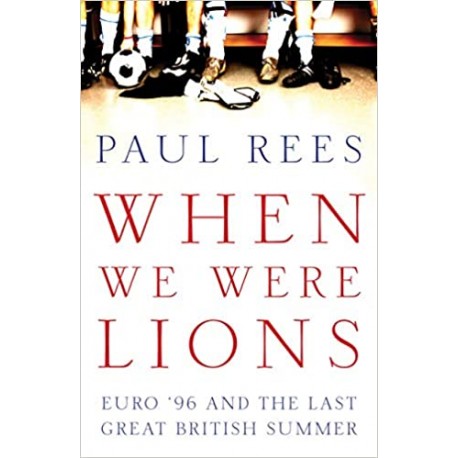 When We Were Lions [HC]

By buying this product you can collect up to 19 loyalty points. Your cart will total 19 points that can be converted into a voucher of $0.76.

2016 marks the 20th anniversary of the 1996 European Cup, hosted in England, when the national football team reached the semi-finals to be knocked out, on penalties, by Germany. It was also the end of a generation - these were the last footballers to be brought up on beer and sweat. In September '96 Arsene Wenger arrived at Arsenal with his 'continental' philosophy of diets and training, and by 1998 Beckham had arrived, changing the face of football the world over.
1996 was also a significant date across the British spectrum. It was the year that Brit-Pop went global. The Lad culture of the 90's peaked in 1996 when James Brown turned Loaded Magazine from a 100k readership into a 1 million+ readership, and Simon Fuller of 19 Management was making his first steps into turning footballers into the next celebrities. And, of course, Skinner and Baddiel wrote that song, which became an anthem for a generation who seemed to have never had it so good. The Tories were on their way out, although unemployment was at a record low, Blair could do no wrong, and it was a glorious summer, where everything seemed possible.
Though it wasn't all a haze of a halcyon summer, it was the first time that England had played a unified Germany since before the war, old prejudices reared their heads and the marginalised hooligans of the game were hidden only by a lick of paint that the old Wembley stadium got ahead of the tournament.

Starting with Gazza's goal against Scotland and ending later that summer when the dream was over, but the belief remained that this really was a great time for Britain. Through that narrative will be woven a portrait of an England which was proud to wear Three Lions on the Shirt.